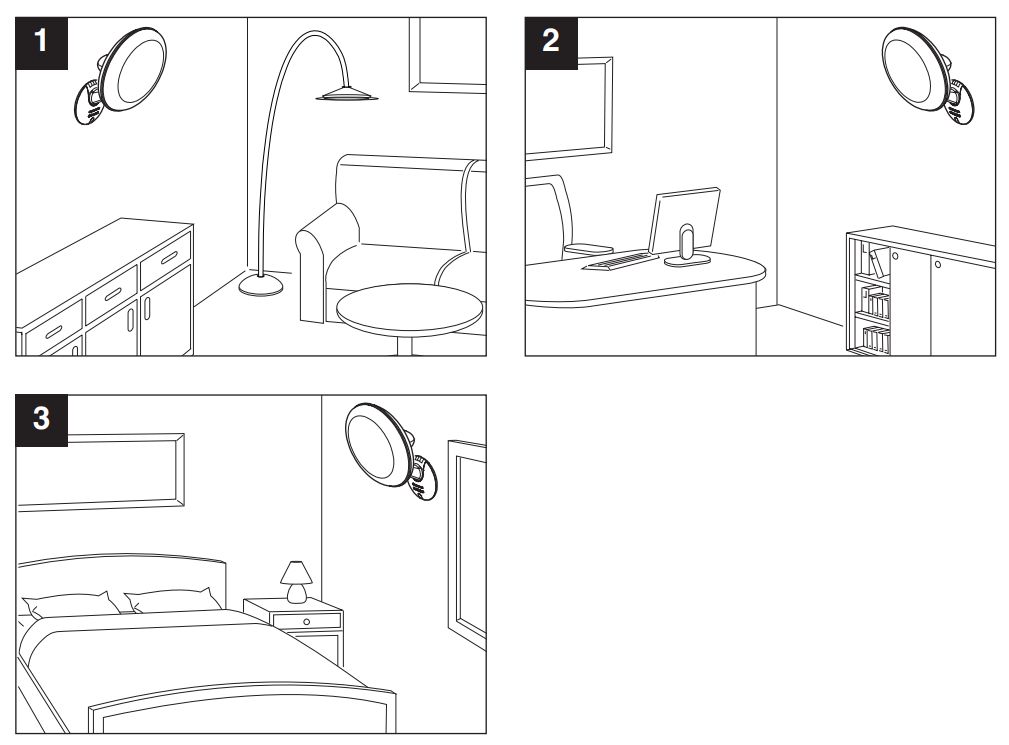 Wall fans can be used to provide circulation of air in a living room or bedroom to name a few examples. Their effect is perceived mostly directly next to them and less in the rest of the room. That way you can mount the fan directly around seating areas, a writing table or the bed. One of the main benefits of wall fans compared to floor fans and portable fans is that they don’t take up space on the floor and there is no risk of tripping over cables. Small children and pets won’t be able to reach the appliance. Furthermore, wall fans cannot tip over.

Compared to a ceiling fan wall fans are installed much quicker and without a lot of work. Most models come with a simple lead wire and plug, and only need a wall socket to function. That means you don’t have to call an electrician. Furthermore, it can also have aesthetic benefits. A ceiling fan easily becomes the most prominent object in the room. If you already have an elaborate light fitting on the ceiling it can look odd in combination with a fan. A ceiling fan with light kit could completely replace the previous chandelier, but not everybody is ready to give up the light fitting they once selected carefully. A subtle wall fan leaves you all the space on the ceiling you want. Due to their compact dimensions and moderate installation height wall fans are more accessible for cleaning as well.

Mounting the fan to the side of the room and not the centre is a good solution for small rooms or spaces with low ceilings. A ceiling fan in the middle of the room can make the room look cramped and even smaller. Even flush-mounted hugger fans do have a certain length and size. A wall-mounted fan is less obvious and restricting.

The CasaFan wind machine WM2 Wall Eco reaches an airflow of up to 9.540 m3/h. The industrial fan is designed less with appealing looks in mind but for special industrial applications.

Wall fans are not as efficient as ceiling fans when it comes to recirculating heat. That doesn’t mean there is no effect at all though. A wall fan still helps to recirculate heat from the ceiling level and move it around the room. The only requirement for this is that it is mounted higher up the ceiling.

Another special benefit of wall fans is just how easy they are to install. You don’t need to set up new wiring in the wall. The units only require a socket in the wall and some screws to mount them to the wall. 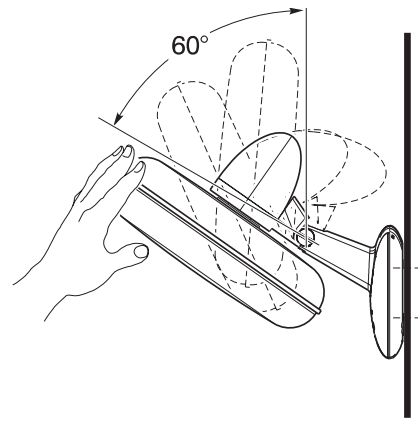 Thanks to oscillation and tilt features wall fans can widen their area of coverage. The vertical tilt is very useful when you are lying in bed and want to direct the airflow to yourself.

A timer reduces speed to a lower level or turns the device off completely at night.

The AireRyder design fan Toledo is mounted to the ceiling. You can still find it in this category, because it can be adjusted at a 45° and 90° angle. That way it can be used to target one area specifically, for example around the desk. Please note that this model does not have a protective guard around its propeller, so make sure to stay at a safe distance.

Our wall fans are not safe for use in the kitchen, bathroom, garage and other rooms with excessive moisture. Instead, use a fan with a special liquid ingress protection and, if applicable, explosion protection. If the fan is mounted to a wall with a window, the fan must not be exposed to rain or sunlight.

Lightweigt objects such as drapes or even plant leaves should be kept away from the wall fan. Unplug the appliance from the socket or turn off the power supply on the fuse box before cleaning the fan. Do not use wet cloth to clean the fan. Use lint-free, dry fabric to prevent any damage.

Are you looking for a fan at medium height of the room but don’t want any sockets and lead wires laying around the ground? Are your shelves, desks and dressers packed with stuff and your ceiling already has a light fitting you don’t want to replace? Opt for a space-saving wall-mounted fan. There is always a free spot on the wall and there is no risk of stumbling over it. Learn more…
Content:
Log in